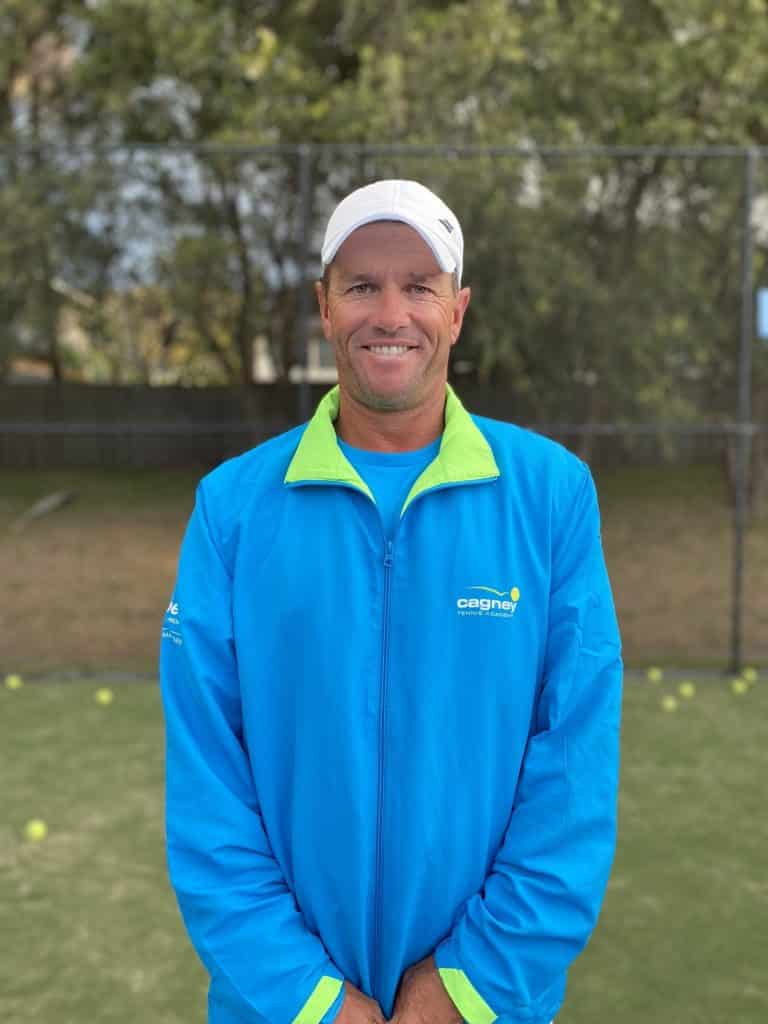 Derek has been a full time Professional Tennis Coach since 1991, when he took over the coaching business at Eleebana Tennis Centre. He has been an accredited Tennis Australia Coach since 1996, as well as a Level 2 Advanced Coach member of the Australian Tennis Professional Coaches Association (ATPCA) since 2012. Derek was also a member of the United States Professional Tennis Registry from 2005-2012 &; the United States Racquet Stringers Association from 1998-2011.

Derek’s love of tennis started in 1981 as a 7 year old when he took up tennis and has continued ever since. As a dedicated, patient and career professional coach and business owner, Derek pioneered Cardio Tennis in Australia and introduced Online Booking Systems to tennis centres in the Hunter Region. Having coached over 10,000 clients during his life, he has seen a lot of tennis!

Derek was also appointed to the NSW Tennis Country Management Committee as well as Chair of the Northumberland Regional Matchplay Committee in 2021 by Tennis NSW in a bid to oversee the future growth, re-structure and further development of the sport in the Northumberland region.

Cagney Tennis Academy offers an inclusive environment for all players to learn, thrive and reach their full potential.

We Are Here To Assist You